How Effective is Glutathione Therapy?

Glutathione is the most important antioxidant in the body. What makes glutathione unique is that it is found inside every cell in our body. Without glutathione our cells cannot carry out their activities optimally Glutathione does much more than simply inhibit free radicals. It also protects many systems and organs during illness or from the deterioration that illness entails. Glutathione has been defined as a “defense agent against xenobiotic toxicity”, that is, it protects against the harm of taking drugs, pharmaceuticals, environmental pollutants, and carcinogens. 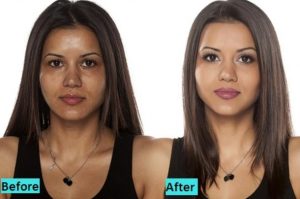 1 / Combat Oxidative Stress Glutathione reduces the number of reactive oxygen species (ROS) and the damage caused by oxidative stress in cells and DNA.

2 / Puts Inflammation Under Control Glutathione is known to inhibit the production of most inflammatory cytokines.

5 / Stops Neurodegenerative Processes Human brain cells consume approximately 25-30% of the total oxygen used by the body, yet the brain only accounts for 2% of total body weight. Reactive oxygen species (ROS) are continuously generated during oxidative metabolism. As the brain is the organ that consumes the most oxygen, the detoxification of reactive oxygen species in the brain is a task of vital importance for good cognitive functioning.

5.1 / In Alzheimer’s Disease is caused in part due to oxidative stress that occurs in the brain. Antioxidants can stop or limit oxidative stress as clinical studies have shown. For example, oral supplementation with vitamin E slowed the progression of Alzheimer’s disease. Alzheimer’s disease is characterized by the accumulation of TDP-43 in the nervous system. TDP-43 is a DNA binding protein. The accumulation of TDP-43 further reduces glutathione levels.

6 / Helps Fight Infections Viral infections are characterized by abnormal amounts of oxidative stress in cells, which leads to inflammation and a reduction in glutathione levels. 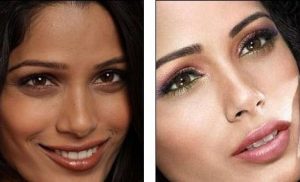 7 / Repair The Intestine Patients with irritable bowel syndrome have lower activity of the enzymes involved in glutathione synthesis, as well as lower levels of cysteine

8 / The Protective Role Of Glutathione In Cancer Glutathione is the most important factor in the regulation of life, proliferation, and death of cancer cells.

9 / Could Treat Psychiatric Illnesses People with schizophrenia have low glutathione levels. Supplementing with NAC (an indirect precursor of glutathione) has been shown to “improve the symptoms of schizophrenia in humans.”

10 / It can help prevent heart diseases such as heart attacks A low activity of the enzyme glutathione peroxidase as well as chronically low levels of glutathione are linked to an increased risk of suffering a myocardial infarction or heart attack.

11 / Has Potential To Treat Diabetes Complications In type 2 diabetes, excess sugar in the blood causes a reduction in glutathione levels, which can be reduced by half.

13 / Can Help Overcome Addictions The consumption of methamphetamine, cocaine, and alcohol lead to an increase in the production of reactive oxygen species or oxidative stress.

14 / Reduces the Effects of Drugs and Alcohol Chronic alcohol or drug use causes increased oxidative stress and reduces glutathione levels in the liver. Glutathione